The EXAG is ROADMAP’s Regulatory‐HTA‐Payer Expert Advisory Group and had the following aims for the duration of the project: 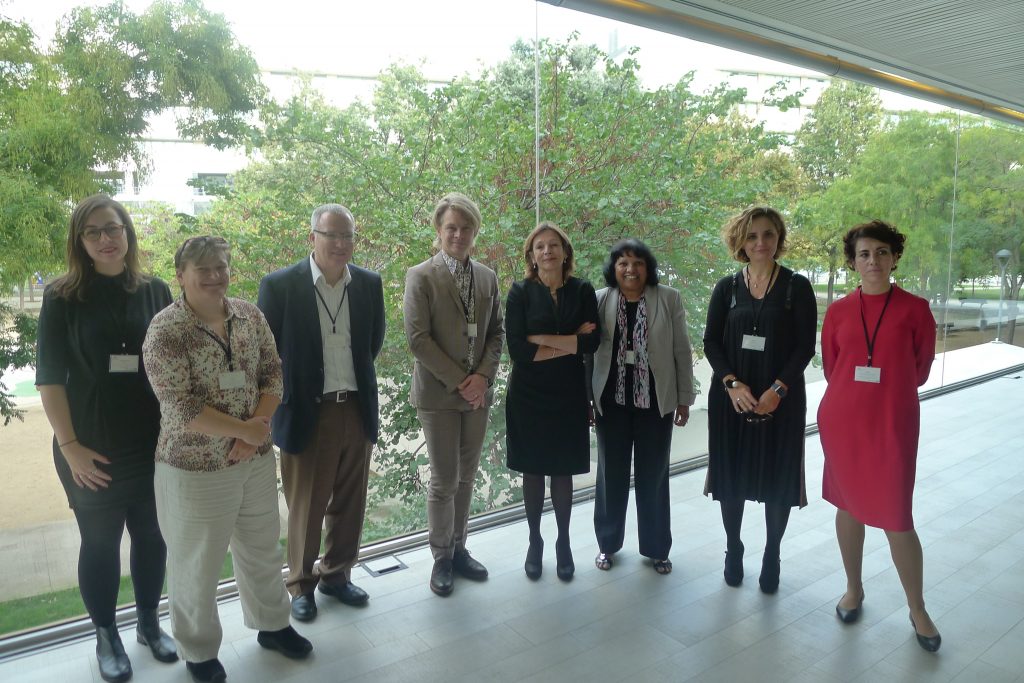 The ROADMAP project has concluded and the information hereunder is not being updated anymore and may therefore be outdated.

Raj Long is a senior executive with over 20 years of experience in drug development. Raj brings a unique strategic expertise blending private heath and public heath sectors including having worked with the EU EMA, US FDA, China CFDA, India DCGI and other regulatory authorities. She is currently a Deputy Director at the Bill & Melinda Gates Foundation (BMGF). Previously, she was the Global Head of Regulatory GEHC-MDx in the UK, Head of Regulatory International AGL in Novartis, Switzerland and Vice-President – Regulatory International at Bristol-Myers Squibb, Princeton, USA. Additionally, Raj serves as an expert with the EC Innovative Medicines Initiative 2, UK Innovative Medicines and Medtech Review Advisory Group, UK NICE Expert Advisory Group (EXAG), advisory role to WHO on R&D to Access and the Vice-Chair of the World Dementia Council. Raj has a double Masters in Psychology and in N. Ed. (Psychology) from the University of Glasgow and Edinburgh, Scotland respectively.

Niklas Hedberg is the Chief Pharmacist working with Swedish HTA – the Dental and Pharmaceuticals Benefits Agency (TLV). Thanks to his previous roles with TLV, which included Head of Department in the Department for Pharmaceutical Submissions, investigator, medical assessor and project leader, Niklas has been involved in the national decision making on pricing and reimbursement for pharmaceutical products since 2001. Currently, Niklas is also involved in IMI DO-IT consortium, which focuses on good co-operation of therapy-specific consortiums. He also helped to launch two workshops on AD as part of the national pharmaceutical strategy. In regards to AD, Niklas believes we need to start work right away to establish baseline measures with a view to being able to diagnose AD earlier. He identifies the next big challenge would be making sure the clinical studies using real-world data (RWD) follow both clinical and HTA standards.

Entela Xoxi is a pharmacologist by background and currently is working as an independent consultant with HTA agencies and Research Fellow at Catholic University of Rome ‘Sacro Cuore’. Although she has no direct experience in AD, she has worked closely with colleagues for diagnostic issues. Entela worked as a coordinator of the AIFA registries in Italy for several years and therefore she has a lot of experience in the use of RWD as well as pricing and reimbursement process. She was also involved in another IMI project – ADAPT SMART and she is currently working on EUnetHTA. Entela has experience in working with clinicians and feels the group needs to further understand the complexity of using real-world evidence (RWE).

Christine Gispen-de Wied has a background in psychiatry and is a medical doctor. She works at the Medicines Evaluation Board (GBG-MEB), which is the Dutch regulatory agency and is an active member of the European Medicines Agency. She is also a member and fellow of the European College of Neuropsychopharmacology, and recently became Vice-Chair of the Regulatory Science Network Netherlands. In the past, Christine worked at the Psychiatric Hospital Wolfheze, the University Medical Centre Utrecht and other universities and colleges across the Netherlands. As an EXAG member, Christine believes that regulatory agencies should be involved in the project from the beginning rather than at the end of the process and that cross talk between regulators, academia, industry and society is beneficial to the project. It is also vital that HTA stakeholders understand the project to reach out to regulatory bodies and inform colleagues to use in regulatory processes. 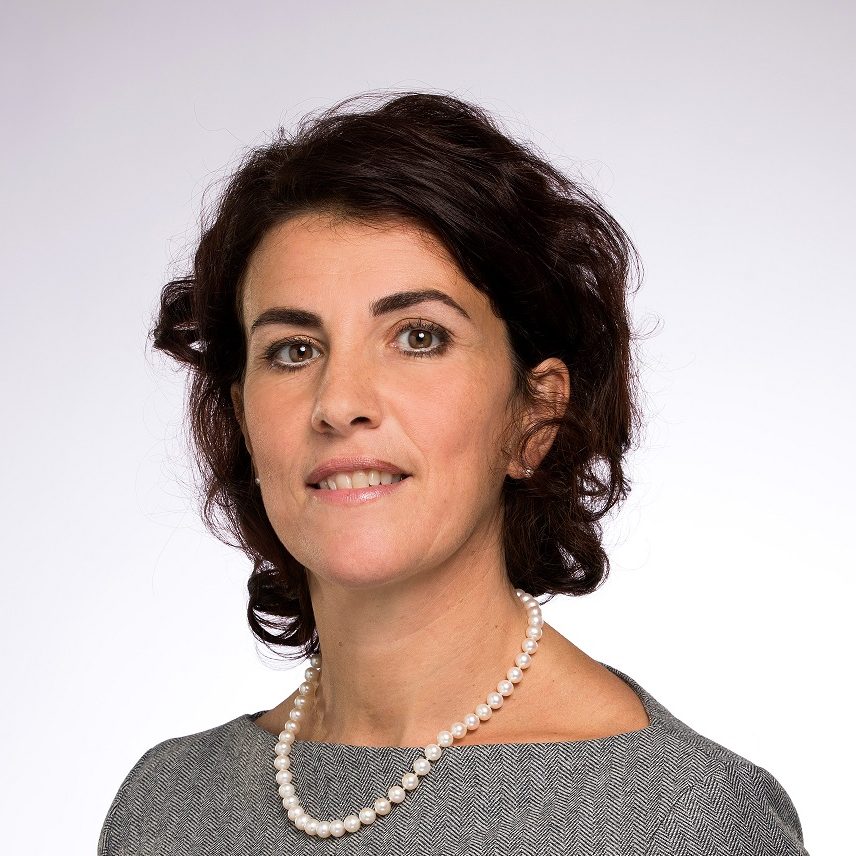 Dr. Antonella Santuccione Chadha is a medical doctor with profound expertise in Alzheimer’s disease (AD) and mental disorders. Dr. Santuccione Chadha joined the Swiss Agency for Therapeutic Products, which is the Swiss regulatory Agency, in Bern as a Specialized Clinical Reviewer in psychiatric disorders in 2014 and worked there until June 2018. Previously, she worked as Postdoctoral Fellow and Resident with Swiss, Italian and German universities, gained experience in medical affairs for pharma industry and was a founder of the Non-Profit Organization “Women’s Brain Project”. She worked for several years in a specialized ward for patients living with dementia. She also studied possible mechanisms underlying AD and immunotherapy approaches for AD. She published in several scientific journals and is an editor for the scientific journal “Matters”. In terms of development for AD, Antonella feels we need to think outside the box and establish a strategy for drug development combining drugs discoveries with novel technologies. She highlights that RWE is a vital component of this and the project needs to establish a meaningful proposal to prove it is relevant for patient and disease itself.

Anja Schiel is working as Senior Advisor and Statistician for Norwegian Medicines Agency (NoMA), which is the Norwegian HTA and regulatory agency, and since January 2017 acts as Chair of the Biostatistics Working Party at EMA. BSWP provides input in EMA scientific guidelines including the ‘Draft Guideline on the clinical investigation of medicines for the treatment of Alzheimer’s disease and other dementias’, which is currently under revision. Previously, Anja worked at the University of Oslo and Leiden University Medical Centre. Her current role with NoMA also involves working on AD as the agency was asked to offer HTA advice on new AD products and has identified AD as one of the major health care challenges of the near future. Anja believes AD is a high priority disease area and the group should focus on the challenges the introduction of new products onto the market pose, specifically proof of causality, the challenges foreseen in establishing disease modification potential and the possible high uncertainty about the impact of new therapies on long-term effects for patients. 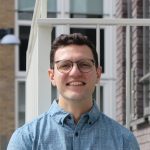 Amr Makady is a pharmacist by training with interest in pharmaceutical economics. Currently, Amr works as a pharmacoeconomic assessor and policy advisor at the Dutch National Health Care Institute (ZIN), the national HTA agency, within the team of complex elderly care. Simultaneously, Amr is a PhD candidate at Utrecht University whereby his thesis focuses on the use of RWE in HTA practice. ROADMAP is not the first IMI project he works on, as he was previously involved in IMI GetReal. As an EXAG member, Amr is particularly interested in establishing what types of RWE would be important for answering questions relevant to Alzheimer’s disease (AD), what types of outcomes are relevant for drug development and economic analyses and therefore, what types of RWE need to be generated to answer questions on AD relevant to HTA. He is also keen to establish what challenges arise with providing good quality RWE for AD, how to adequately demonstrate therapeutic effectiveness in early AD and ensure that the correct quality of life data is being collected for HTA purposes. As a health economic assessor, Amr is highly interested in how the inputs on all the previous points can help develop robust health economic models for AD.