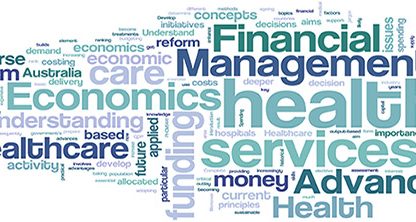 Costs and quality of life across the spectrum of Alzheimer’s disease: a systematic review of the evidence 26 Oct 2018

The Health Economic Research Team is nearing completion of two important pieces of work for ROADMAP Work Package 5, which we report on here. The team has carried out systematic reviews investigating two key areas of relevance for people with Alzheimer’s disease (AD) – health related quality of life, and the resources and costs associated with treating AD.

The first review investigated Health-Related Quality of Life (HR-QoL). Understanding HR-QoL of people living with pre-dementia and dementia is essential to accurately evaluate the possible benefits of different health interventions. In this review the team attempted to find studies of HR-QoL across the entire span of AD from mild cognitive impairment to severe dementia. Pre-dementia was a particular focus of the review, given that new disease-modifying treatments are being targeted at the earlier stages of the disease, in the hope that targeting patients with fewer symptoms will allow a higher level of functioning to be sustained for longer.

This review found a total of 59 relevant studies, mainly from North America and Europe. Some were based on the person with dementia estimating their own quality of life, but many more were based on a “proxy” – most often a relative or partner providing care – estimating the quality of life of the person with dementia. Bringing all of these studies together, a number of important findings emerged. Notably, while there was no significant difference between self-rated and proxy-rated HR-QoL in the Mild Cognitive Impairment (MCI) stage, self-rated HR-QoL was significantly higher than caregiver proxy-rated HR-QoL in the more severe stages of dementia, the gap getting larger as the disease progressed. This finding, supported by another recently published study, poses some major questions. For example, if people with dementia do not on average perceive their quality of life to be deteriorating as the disease progresses, how will the impact of new disease-modifying treatments be measured? Or, should the assessments of the carers take precedence, and if so at what point?

The review also found other areas in which further research is badly needed. For instance, the EQ-5D quality of life questionnaire was being widely used in this area, but it is a general quality of life measure intended to be used in many different disease areas, and more research is still needed to see how such generic instruments compare with quality of life measures that have been specifically designed for use in people with AD. Moreover, even when such comparisons have been done, they should be relevant for all stages of the disease, including pre-dementia, while much of the existing evidence is for much later stages of AD. On the basis of this review, the team therefore recommends that further research is performed in these areas to generate a firm evidence base upon which economic evaluations of dementia interventions can be constructed. The team is finalizing the review at present and will submit it for publication shortly.

The second review examined the health and social care resources and costs associated with managing AD at different stages of severity. This work is important as the number of patients involved, the duration of the disease, and the dependence of patients on others that characterizes the later stages of dementia mean that the total costs of AD are very large, growing, and difficult to quantify. Although recent reviews have attempted to estimate the cost of dementia, none use data later than 2013, whereas this review included studies up to 2017.

In the review the team aimed to determine the type and level of resources used by people across the full spectrum of dementia, from preclinical disease to end of life. The review distinguished eight levels of dementia severity: preclinical (biomarker-positive but pre-symptomatic) AD; early symptoms of dementia (changes in memory and behaviour); mild cognitive impairment (MCI); prodromal AD; mild dementia; moderate dementia; severe dementia; and dementia at end of life. In looking at resources used and costs at each of these stages, the review looked for studies which focused on the health and social care system, but also at the costs incurred by people with AD and their informal caregivers such as partners, family and friends; such costs might include direct financial costs, but also more indirect costs such as having to give up employment or devote time to caring.

The team identified several outcomes of interest on which they are focusing in the analysis. In particular, the results strongly reinforce previous research in showing that the health care costs of dealing with AD are a small part of the total, that the social care system plays a large role but varies greatly from country to country, and that the resources used and costs incurred by patients and their caregivers are by far the largest single element of the total cost, no matter how these costs are reckoned. The detailed findings and conclusions of the review are being collated at the moment and the team will shortly complete the review and submit it for publication, so the product of this work should be fully in the public domain before long.