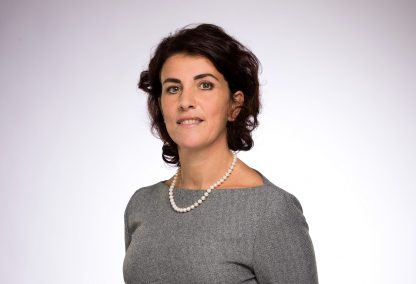 Today’s post is an interview with Dr Antonella Santuccione Chadha. She is a medical doctor with a wealth of experience in the field of Alzheimer’s disease (AD). In 2014, she joined the Swiss regulatory Agency “Swissmedic” as a Specialised Clinical Reviewer in psychiatric disorders. Previously, she worked as a Postdoctoral Fellow and Resident at Swiss, Italian and German universities. She also gained experience in medical affairs for the pharma industry and was one of the founders of the NGO “Women’s Brain Project”. She worked for several years in a specialised ward for patients living with dementia. She also studied possible mechanisms underlying AD and immunotherapy approaches for AD. Dr Santuccione Chadha’s work has been published in several scientific journals and she is an editor for the scientific journal “Science Matters”.

What are the challenges in the evaluation of early disease interventions for AD within current assessment systems?

The biggest challenge in the evaluation of AD pertains to its early phases and its disease mechanisms, which are not yet fully understood. In its peculiarity, AD starts decades before it manifests in a subjective and clinically objective manner. Another main challenge is that the tools currently available (vastly based on the assessment of cognition and functioning) make it very difficult to depict changes in progression during early phases or are not capable of doing so.

Further, there is a lack of understanding of the underlying pathogenetic mechanisms. So far, the scientific and regulatory communities agree that the amyloid cascade is both highly relevant and helpful to understand how the disease might function, but at the same time, it might not be the only key player.

With regard to these challenges, do you see the use of real-world data as important and if so, why?

Real-world data (RWD) can be used in several ways and in the light of the above-mentioned challenges, they are certainly important. Although their use in certain aspects of work is an issue of discussion within the scientific community, the additional information might represent a learning opportunity in modelling the natural history of the disease. In this regard, ROADMAP represents a great example of what RWD could generate in terms of evidence, extrapolating from what we know and what we can learn.

RWD is currently a highly debated topic among regulators as well. A considerable case scenario is that in future a drug will claim a disease modifying effect. This could serve as the basis for an accelerated approval where a certain degree of uncertainties might remain on the efficacy of a drug. In that case, RWD could be very important in generating additional data to prove the clinical benefit or the value of the drug by providing information on the real-world setting, helping us to understand how it is working outside of clinical trials.

This becomes even more evident, taking into consideration the recently released guidance on the development of drugs for treatment in early AD, by the US Food and Drug Administration (FDA). In their recommendations, the FDA encourages the development of novel approaches to evaluate subtle early AD. With regard to this, RWD could be of use to assess meaningful changes in disease progression through the development of tools that use novel technology recording. In addition, new approaches integrating RWD could also potentially help to capture activities impacted by early cognitive impairment. An example mentioned in the guidelines would be the facility of financial transactions. Theoretically, such transactions from a possible AD patient could be tracked on a daily basis which could help to better understand the impact of AD.

In conclusion, aside from assessing effects post marketing, evidence from RWD could also potentially be used in other directions: for instance measuring the possible benefit or value of a drug.

In this context, regulators are actively engaging with stakeholders adjusting as well as adapting case by case. An example of ground laying work for this would be ROADMAP’s Expert Advisory Group. I would like to stress that this is an ongoing exercise where all the stakeholders have to learn how to best use this kind of information.

What are the challenges in acknowledging RWE from a regulatory perspective? How do ROADMAP’s contributions help to tackle/overcome these?

Acknowledging is a learning exercise, with regard to RWD we are moving into a kind of grey zone. From a purely regulatory perspective, RWD are still not very strong in comparison to data generated by a classical clinical trial design.

There are different challenges and issues that need to be taken into consideration by all stakeholders together on a case-by-case basis. Amongst others, the data can be of poor quality, it could lead to problems with compliance, validity, management of bias as well as confounding and there can be issues with regard to data ownership as well as privacy.

In this regard, I think that ROADMAP is a very good exercise, because we still don’t know very much about the natural history of the disease. As I said before, this is especially apparent when we look at early phases of AD. Therefore, ROADMAP’s approach in integrating evidence generated by (amongst others) registries, electronic health records and clinical trials will, hopefully, enable the identification of existing gaps. Once these have been identified, they can be used to develop recommendations to advise on which outcomes should be implemented in a classical trial design.

What I think would also be a big learning opportunity, given the specific peculiarity of the disease, is the relevance and the weight of the caregiving throughout the whole pathway. We know that caregivers are paramount in the lives of many people with AD. Including the carers perspective will give us important information about their quality of life and the impact of AD on them. This has to be taken into account for the evaluation of drugs, which could certainly be useful from a Health Technology Assessment (HTA) perspective; likewise, regulators might also consider this evidence, if they are robust enough. ROADMAP’s contributions will hopefully generate a case for this.

What potential value do you see in the development of an outcomes-based healthcare system?

Since I am a medical doctor by background and education, this is a tricky question. From my personal point of view, my rational answer is that adopting a healthcare system based on outcomes would be hugely beneficial. At the end of the day, we are all looking at outcomes, values and cost, the expenses would be less and the healthcare system in each setting would become sustainable.

On the other hand, this also presents difficulties for medical doctors. One is with regard to the lack of education in this area, because I think that despite the fact that there is a new generation of doctors now, the doctors in my age range and the older generation were not all trained to think about cost every time they treat a patient. The other is that it is very important to keep in mind that while health outcomes are very relevant (and this goes for precision medicine as well, which would yield precise outcomes too) we should not forget that medicine requires a holistic approach. There must always be a certain kind of freedom for the treating doctor regarding how best to approach the problem at hand.

Precision medicine (for which we already have examples from oncology) will most likely bring value to the market more quickly. There will be swifter approval attempts and these are more likely to be recognised. In my opinion, RWD will help in generating evidence (which might be lacking or debated at the moment of authorisation) and therefore remove uncertainties surrounding the clinical efficacy of a drug. This is because within precision medicine and within specific disease areas that lead to a huge number of unmet medical needs, the main focus is on bringing the drug to market with a sufficient amount of information about efficacy and safety which can be then fully characterised in a real world setting.