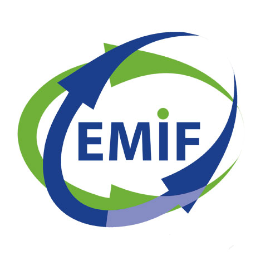 The day started with an introduction to EMIF by Bart Vannieuwenhuyse and Professor Sir Simon Lovestone. Thereafter, the respective topic leads gave a high-level overview of the tools and technologies which were developed in EMIF (Nigel Hughes), including the new disease insights that were gained in the field of Alzheimer’s disease (AD) by Johannes Streffer as well as the metabolic complications of obesity by Dawn Waterworth.

The next session focused on other projects and how these are currently impacting the European health data ecosystem. Peter Rijnbeek discussed how the OMOP Common Data Model (CDM) will revolutionise the way healthcare data is being used in Europe. “We are in a perfect storm” said Peter, and the upcoming Innovative Medicines Initiative (IMI) project EHDEN (European Health Data and Evidence Network) will help tremendously in the wide-spread adoption of the OMOP CDM throughout Europe. After that, Nemanja Vaci presented an overview, activities and developments of the IMI ROADMAP project in its endeavour to provide the foundation for an integrated data environment and framework for real-world evidence in AD for the benefit of patients. Adil Mardinoglu, showed the audience an example of how large biological databases can help in solving fundamental research questions to better understand disease pathologies. Gerald Luscan, then gave an overview of how the IMI European Prevention of Alzheimer’s Dementia (EPAD) project is building a platform to accelerate clinical trials, and how the project recruits participants.

After lunch, Valentina Strammiello gave a patient’s perspective about the re-use of healthcare data. During her speech she stressed that, while patients are genuinely concerned about data security and privacy issues, they support the idea of bona fide researchers accessing their data.

Thereafter, Nikolaus Forgo gave the audience a crash course on the upcoming General data protection regulation (GDPR), effective from the 25 May 2018. He explained that the GDPR might not be the hoped-for revolution to simplify the European legislation on data protection. At the same time he pointed out that the GDPR also offers reliefs and opportunities to allow the use of real-world data for research purposes.

Next, there was a panel discussion on the “Past, present and future of the European Health Data ecosystem” (Valentina Strammiello, Nikolaus Forgo, Isabelle Bos, Adil Mardinoglu, Thomas Allvin, Daniel Prieto-Alhambra). The panellists discussed various topics revolving around questions such as: “How can we improve consent? What’s the risk of not doing research on real-world data? Can we keep sharing data once the GDPR is effective? Are we doing a good enough job of sharing the outcomes of the data with the research participants?”.

The last session projected forward, looking at the future of the health data ecosystem. Bo Saxberg gave a lecture about the evolution in value of real-world data. He explained that by the augmentation of currently available real-world datasets, e.g. via the inclusion of longitudinal trajectories, the value proposal of the dataset for all stakeholders could be tremendously increased.

Finally, IMI Executive Director Pierre Meulien talked about the current challenges when working with healthcare data as well as how IMI aims to address these in the future by the inclusion of all stakeholders, being agile, scalable but also sustainable and by collaborating with IMI’s associated partners and other key initiatives.