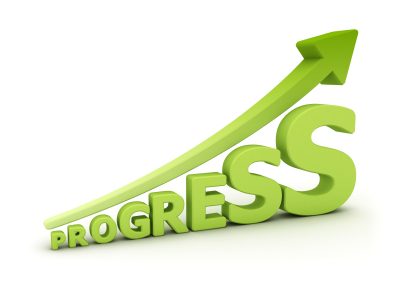 As we reached the end of 2017 and start 2018, the ROADMAP communication team is happy to provide a brief overview and update of what has been happening across the project in recent months.

The Coordination team has been responsible for convening the 4th ROADMAP GAM, which was held in Barcelona from 16-18th October. This was a major meeting attended by ROADMAP staff, the next will be held on 25-26 April 2018. The team has also been organising the forthcoming Big Data for Better Outcomes (BD4BO) group meeting, which will be held in Stockholm on 29-30th January and attended by ROADMAP representatives, focusing on issues relating to regulators, HTA bodies, and patients in relation to research about better outcomes in Alzheimer’s disease (AD).

The Outcomes Definition team has been simultaneously conducting a systematic literature review (SLR) of relevant outcome prioritisation literature and designing a study, which will commence early in 2018 involving AD patients and their carers. Across the SLR the team has screened the relevant citations and progressed to full-text screening and data extraction, which it will conclude in January 2018. Across the survey, the team has prepared the final version and translated it into Spanish and Catalan, such that data collection via a Girona memory clinic is now underway. This will be followed by data collection in Oxford and Edinburgh memory clinics in January 2018, for which ethics application forms have been submitted. Interviews and workshops with the professional stakeholder group have also been prepared and will likewise commence in the new year. Data collected from workshops with patients and carers has been completed and analysis of this is underway. Finally, the team has produced two interim reports on their recent work, both of which are available on the ROADMAP website.

The Real World Evidence (RWE) identification team has been focusing on several important tasks. They have identified data for disease modelling studies through the Dementias Platform UK (DPUK), European Medical Information Framework (EMIF), Electronic Health Records and AD catalogues. In conjunction with the Disease Modelling and Simulation team, they have been exploring the feasibility of a distributed data access and analysis network model. The RWE team has also continued work on the ROADMAP Data Cube, scheduling meetings with representatives of the other ROADMAP teams for January 2018 to discuss and further refine the current outcomes and information. In addition to this, the team has initiative development of a Data Sharing Agreement Template for ROADMAP to support data custodians when they are sharing data for ROADMAP studies.

Within the Disease Modelling and Simulation team, work has been ongoing to validate the first model produced, and information about the outcome of this validation will be forthcoming once this process has been completed. The team has also begun a second literature review of disease prediction models, and is exploring several new data sets, including the recently joined Memento cohort. Finally, model validation plans for other AD case studies have been submitted via the RWE team to owners of relevant data, and access to real-world data (RWD) is being processed by several owners of such data.

Systematic reviews have been the primary focus of attention for the Health Economics team. They are conducting three – on resource use and costs, quality of life, and economic modelling. Protocols for each of these have been approved by ROADMAP and are being published as three separate manuscripts in BMJ Open.

The Regulatory and Health Technology assessment team focused largely on reviewing regulatory experiences with RWE in AD. Led by the Medicines Evaluation Board, the team has officially submitted the D6.1 – Interim report on the EXAG activities and outputs to the Innovative Medicines Initiative.

Next is an update about the recent work of the Ethical, Legal, and Social Implications (ELSI) team. In December, members of the team conducted a focus group in collaboration with Alzheimer Europe, speaking to members of the European Working Group of People with Dementia (EWGPWD) and their carers. The focus group explored concerns about the sharing and re-use of real world data. The results of this work will be reported in 2018 and will provide important stakeholder input into the ELSI framework requirements.

Finally, the Communication team has been disseminating information about the important work being delivered by ROADMAP team, ensuring that all the relevant information is accessible and made widely available to the dementia, scientific, and policy communities, as well as the general public. In addition, they will attend a meeting with BD4BO on 16th January in the EFPIA office (Brussels) to discuss communications and outreach activities between the disease specific project representatives and BD4BO’s Communication team.