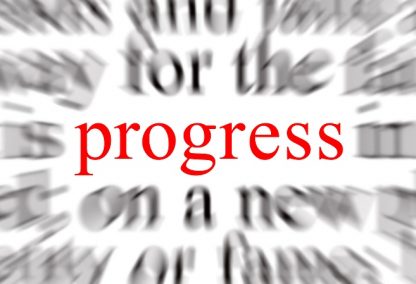 The ROADMAP team has been busy and here you can get a brief overview and update of what has been happening across the project.

The Coordination team has recently completed a performance assessment of all ROADMAP partners, and is taking the leading role in preparing for the next GAM, which will be held in Barcelona from 16-18th October, 2017.

The Outcomes Definition team has been involved in several stakeholder engagement activities towards defining better outcomes in Alzheimer’s disease (AD). Having devised a protocol for the systematic review, which has been approved by the ROADMAP executive committee, the double blind screening of titles and abstracts is now underway. The University of Edinburgh held a consultation with patients and carers from partner Alzheimer Europe’s European Working Group for People with Dementia. The interpretation and write-up of this stakeholder consultation is also underway.  Finally, the pilot outcome definition survey for health professionals has been completed, and feedback from these is being used to modify the forthcoming survey for patients and carers, which will be piloted from October 2017.

The Real World Evidence identification team has developed a template for the inquiry of relevant scientific questions, which was circulated to the consortium in late August. They have also established contact with BIOFINDER for the purposes of negotiating and developing collaboration. Finally, Olin Janssen, a PhD student at University of Maastricht, has joined the ROADMAP team.

ROADMAP also has another new member, with the Disease Modelling and Simulation team. Andrey Kormilitzin, from Professor Simon Lovestone’s group at the University of Oxford recently joined, and will be assisting in modelling and simulation activities. The team’s recent focus has been on the use of the Tripod checklist to provide more details on the simulation models selected from Handels, Novartis, PENTAG/Lilly, and Guo. Subsequent to this the team has begun preparation of a validation protocol for the Handels model.

Systematic Literature Reviews have been the primary focus of the Health Economics team. These reviews are on: on quality of life of dementia patients and carers; resource utilisation and costs in dementia; quality of life and resource allocation – submitted for publication to BMJ Open in August; and pharmacoeconomic modelling.

The team responsible for Regulatory and Health Technology Assessment engagement has been occupied primarily with ROADMAP’s Expert Advisory Group, meeting with prospective new members of the Group, and preparing for its next meeting, which will take place in Barcelona on 18th October.

Next is an update about ROADMAP’s Ethical, Legal, and Social Implications (ELSI) team. Recently, they have completed a key activity of ROADMAP’s first year, producing the initial report on the requirements for an ELSI framework in the context of employing a “Real World Evidence approach in AD”. In addition to this, a meeting of the Ethics Advisory Board took place on 19th September, and during the same month they began a collaboration with the Real World Evidence identification team to analyse the ELSI aspect of using mobile devices for AD research.

Finally, as well as producing the third issue of the ROADMAP newsletter, the Communication team has been disseminating information about recent conference presentations and posters by other members of the ROADMAP team, as well as preparing communications activities such as video interviews with key members of the consortium, to be conducted at the next ROADMAP General Assembly Meeting in October.