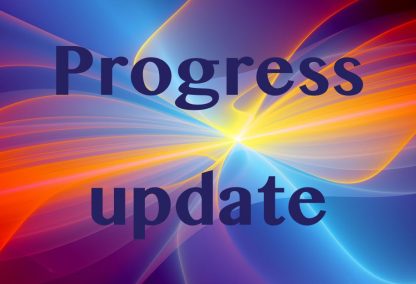 As the end of ROADMAP Phase 1 approaches, the project teams have been busy over recent months. Here we report on their latest activities.

The Management and Coordination team (WP1), has been managing the Data Cube, taking responsibility for data collection, the quality checking of these data, and the development of the relevant IT infrastructure. It has also been convening several meetings to be held in October – the final ROADMAP General Assembly Meeting in Madrid, ROADMAP presentations at the Clinical Trials in Alzheimer’s Disease (CTAD) Conference and the Alzheimer Europe Conference (#28AEC), both taking place in Barcelona.

Among its other activities, the Outcome Definition team (WP2), has also been involved in the development of the Data Cube, overseeing its disease outcome and disease-staging component. Alongside this, the team is developing three manuscripts including findings from its survey, Public Patient Involvement consultations as well as mixed methods analysis. The team also recently held a presentation at the Alzheimer’s Disease International conference in August, featuring in a panel debate entitled “Women in Dementia”.

The Real World Evidence (RWE) identification team (WP3), has almost completed populating the Data Cube, having collected 71 data sets. In addition to this, they have ongoing requests for further data, relating to Quality of Life, Presymptomatic Alzheimer’s disease modelling, and Time to Institutionalisation modelling.

The Disease Modelling and Simulation team (WP4), has evaluated the Mini-Mental Status Examination (MMSE) model for a variety of data sources, and for comparative purposes has also obtained the Kungsholmen project data from which the model was developed. In September, the team also shared the data of the pre-clinical model for validation with the ROADMAP Consortium.

The Regulatory and Health Technology Assessment (HTA) team (WP6) has been similarly busy. They convened a face-to-face meeting of the Expert Advisory Group (EXAG) in September, and they currently prepare for the next virtual meeting, which will be held in October. The team also circulated an EXAG questionnaire and already presented an outline of preliminary results at the Guidelines International Network (G-I-N) Conference during a poster presentation. In addition, the team has been assessing the main regulatory and health technology assessment considerations relevant to a disease-modifying drug in Alzheimer’s disease, findings are due to be submitted in form of a manuscript for peer review to CNS Drugs.

The Communication team (WP7), has been working with the Project Coordination team in organising a ROADMAP event, entitled “Real-world evidence in Alzheimer’s disease” at the 2018 Alzheimer Europe Conference. ROADMAP colleagues will be making a range of presentations throughout four parallel sessions and a plenary talk by Project Coordinator John Gallacher (you can find ROADMAPs conference brochure here). The team has also been involved in the development of a video introducing the Big Data for Better Outcomes (BD4BO) programme. Its final report on dissemination activities has been submitted to the Innovative Medicines Initiative. The seventh newsletter marking the initiation towards the end of ROADMAP Phase 1, was circulated on 8 October.

Finally, the Ethical, Legal, and Social Implications (ELSI) team (WP8) has much to report. Brent Mittelstadt has replaced Andrew Turner as co-lead of the team on behalf of the University of Oxford, and the whole of ROADMAP extends their thanks to Andrew for his invaluable contribution to the project. The team also has updates for three papers. Their manuscript on patients’ attitudes towards data sharing is undergoing peer review, as is their manuscript about reviewing justifications for greater sharing, transparency, and access to clinical trial data. Their manuscript on the ethics of outcome prioritisation in Alzheimer’s disease recently underwent a final round of internal reviews by the Consortium and will be submitted for peer-review shortly.